The Working Group has representatives from clients, contractors and academia.

Within construction, the issue is exceedingly complex with widely different sectors delivering widely different products both in terms of cost , complexity and consequences of failure. There are also projects delivered under agreements, different forms of contract and different forms of supply chain. The consequences of failing to deliver falls on various parties eg. client, designer, main contractor, subcontractor and supplier.

In order to get a basis for analysis we used a model as below:

We further discussed the areas in which we could obtain useful information which would add to the knowledge base. The cost of non-conformances was measured in many different ways and generally did not include consequential costs, This also did not include for field changes which could be substantial. The cost of defective work during construction has been addressed by the Get it Right Initiative. Our focus was therefore was to concentrate on post handover quality issues.

The Working Group is composed of volunteers who have day jobs and we realized that considerable effort was needed to produce results, In this basis we approached UCL for help. They initially conducted a desk study of publications worldwide which revealed that there is little information on this subject.

The exercise was to break down into subcategories as below:

This allowed us to look at projects across the world and assess the costs. This exercise was quite limited but gave us an insight into where the problems lie.

We then went onto study, in some detail, various projects interviewing staff who were involved in the project and its subsequent performance once delivered.

This lead to the following conclusions:

The group will now move on to look at other projects

We use cookies on this site to enhance your user experience.

Any cookies that may not be particularly necessary for the website to function and is used specifically to collect user personal data via analytics, ads, other embedded contents are termed as non-necessary cookies. It is mandatory to procure user consent prior to running these cookies on your website. 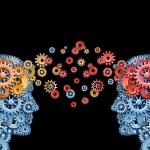